Concept, identity and SoMe
Correlating with the launch of a new travel planning app from Nordjyllands Trafikselskab (North Jutland’s Traffic Company, NT), Clienti was tasked with developing a name for the app and to initiate a campaign that would ensure that as many people as possible got the knowledge of – and downloaded – the app.

The basis for the task was a recently concluded co-operation between NT and Rejseplanen – another travel planning app – where a new type of travel planner, which combines collective and private transport options, was launched in North Jutland as the first region in Denmark.

In order to develop a name for the app that was based on the well-known Rejseplanen, we presented three options that were tested in a questionnaire with more than 1000 respondents, after which the name was determined: MinRejseplan (My itinerary). Subsequently, the challenge was to launch a campaign that would generate awareness of the new app, so we developed a campaign video for TV, social media and NT's campaign website dinverdenrundt.dk.

The aim of the campaign was to show the many transport options available in North Jutland, and also to present MinRejseplan as a digital tool that can orchestrate a vast amount of transport options and put together any individual journey from A to B.

Furthermore, we developed both content for NT's Facebook page and ads for various platforms with the purpose of creating a clear call-to-action to get the North Jutes to download the app. Throughout the campaign, we managed to create awareness and downloads through various touchpoints on social media. The app was downloaded 18,000 times in the first three months. 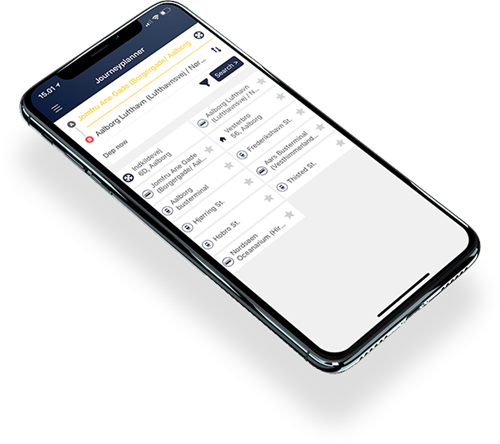